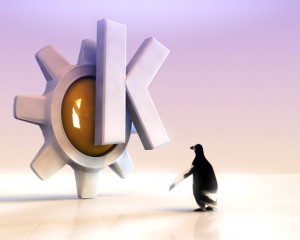 If you’re new to Linux you might not be aware of that some of the major DAW’s (digital audio workstations) can be installed into any pc’s running Linux. On my 64bit multi core AMD chip laptop I’ve been running Ableton Live with Playonlinux since a few years without any major problems. While writing this I have Kubuntu 20.04 LTS (= Ubuntu + KDE Plasma GUI) installed on my machine, with KXStudio distro multimedia suite which includes an awesome amount of linux audio and multimedia software. Finally I installed Ableton with Playonlinux which now runs like a charm.

If you have a 64bit multi-core PC it should be perfectly suited for a Linux based multimedia PC. The only major change was switching the generic default kernel into a lowlatency kernel which was easily done with the Synaptics package manager. As I found the Kubuntu install (my choice) to large I uninstalled quite a few unwanted programs. But, fortunately, you can use various Linux Ubuntu and Debian based distros as foundation for your multimedia machine as most programs then can be installed on top of it.

Since I’m not an expert techie this article only includes the necessary links for you to get started with building your Linux multimedia machine.

Ubuntu and Debian based, as KXStudio is, the following Linux distributions can be used for installation.

Many of these programs were included in the kxstudio distro