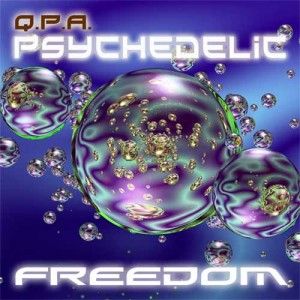 Music by Qubenzis Psy Audio who creatively explores and expands ideas about what psychedelic trance music is about. A musical journey bringing you through various psytrance moods. A fusion of electronic dance music aimed for those whose intelligence crave more than just a thumping beat.

01 – 09:03 142 – Vimana Journey
Partly inspired by Victor Shaubergers experiments that possibly led to top secret science projects where human made flying saucers where constructed. Also inspired the ancient Sanskrit documents referring to the “Vimanas”, a type of airborne vehicles apparently common to the people who wrote the manuscripts.

04 – 08:02 145bpm – Suspended Reality
The reality we focus our attention most on will be the paradigm we evaluate the rest of the world by. Malcolm X said something like: “Only a fool would let his enemy educate their children”

05 – 09:05 146bpm – Got it Already
The music in this track is up beat (146bpm), dark and melodic psychedelic trance. If you can imagine it we’ve got it already. That’s at least what one of the most prominent (and dead serious) UFO and secret projects investigator Timothy Good claims he was told by major Whistle blowers.

06 – 08:27 142bpm – Panpsychism
Panpsychism is one of the philosophies assuming that psy (= mind) exists everywhere. Including the materiel as well as metaphysical existence encompassing the entire universe.

07 – 08:26 142bpm – Human Harvest Remix
Fusion between different electronic dance music styles. The theme name refers to odd occurrences, yet disturbingly real, indicating that Earth is nothing but a huge cultivation project where humans are the main breeding stock. Welcome to FARM EARTH!

08 – 07:49 143bpm – My Alien Planet
Did you ever feel alienated from what is going on on this planet? Like as if the main functions of our society are under the control of something seriously “alien”? As if that alien force, seemingly in control, totally disconnected with what is really good for us humans? Some of it apparently even resides inside our own minds. Face the alien force within and decide whether it has control over you or NOT. Psychedelic Freedom starts from within…

More places where to buy

We are all perfectly entitled to remain loving, content and peaceful within 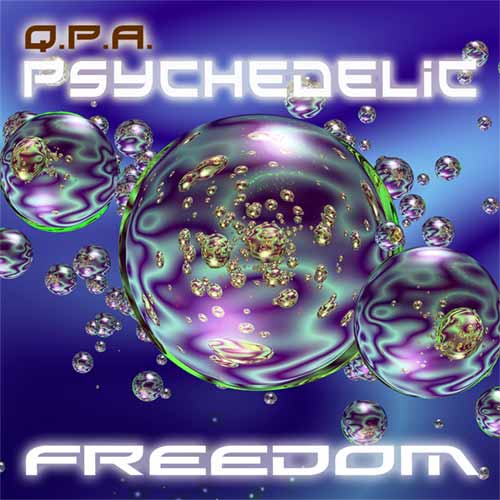 Psychedelic Freedom equals the by birth inherited right to be in charge of ones own mind. To freely explore your own mind without interference by external intruders of any kind. The right to remain loving, happy and peaceful within. To try to expand ones mental capabilities is a right and, possibly, almost a must, in order for personal, spiritual and societal evolution to occur. Psychedelic = Mind expansion or altered consciousness. (see wikipedia for “Psychedelic“).

If anybody tries to mess with your mind through whatever means they are violating the basic right to Psychedelic Freedom. This can be done in several ways like: TV brainwash, subliminal advertising, dis-information, artificially induced post-traumatic stress, deliberately induced stress of any kind, non consented intake of mind inhibiting psycho pharmaceuticals (like the chlorine in the drinking water), or any other activity that wilfully induces a delusive inner (or outer) world view on a fellow sentient living entity.

qubenzis audio Music Player
Do NOT follow this link or you will be banned from the site!